I've lived in Dennistoun since 1983: in a bedsit on Craigpark, in a tiny flat on Cumbernauld Road and finally on Whitehill Street. In 2016, I became aware that local army veteran and Haghill resident Jim Watson was campaigning to raise money to erect a memorial to the 875 men and boys from Dennistoun who made the ultimate sacrifice in World War 1. As part of this, Jim had painstakingly amassed an amazing amount of information about those men and boys, and their families - including their addresses – which he was kind enough to share with me. And, 100 years on, many of the buildings in Haghill and Dennistoun where the 875 lived, grew up, left and went to fight in “The War to End All Wars” are till here. This got me thinking about a play, based on the real lives of three of these men and boys – and about the connections between THEN and NOW.

Theatre is always a collaborative art and so I talked my idea over with director and actress Alison Peebles, who asked me one question which changed the the course of the play: “What about the women?”

And Etta's War was born.

Because there are many different types of sacrifice – some of which remain unacknowledged. Each of those men and boys had a mother, maybe a wife, a sister, maybe a daughter who were fighting their own wars, back on the streets and in the closes of Glasgow.

Fighting to keep their families strong.
Fighting to put food on their tables.
Fighting to ensure the factories stayed open and the wheels of commerce turned.
Fighting for the right for a say about what happened in their lives.
Fighting to hold their communities together in the face of a world which was changing for ever. A world which is still changing.

Etta's War is my salute to the women of Haghill. It's also a celebration of the women in my life – the women in ALL our lives – because their strength and sacrifice makes us the men and women, boys and girls we are today. 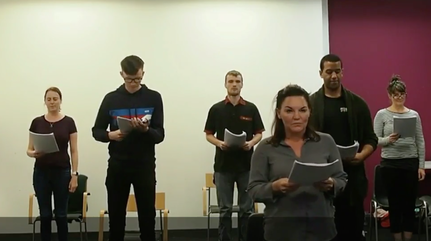 In September 2018, we held a staged reading of the play at The Bridge-Platform in Easterhouse. We have received very enthusiastic and encouraging feedback from the audience, which kept us going. Since then, Etta's War got more songs, costumes and we're extremely excited to present it to the public on June 28th as a focal point of our Salute! event.

​The play lasts 1h and is suitable for audience 14+ 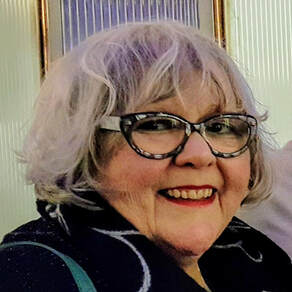 Mary is delighted to be working for Asylon Theatre as a director on ‘Salut – Ettat’s War’.   Mary has been working in Scotland as a theatre director/devisor, dramaturg and writer for over thirty five years..  She is th​e former Artistic Director/CEO of the Scottish Youth Theatre. Her final production for the company was “Tell Us Who We Are?’ by Gary McNair – the first ever collaboration between the Scottish national youth performing arts companies (NYCOS/NYOS/ SYT & Y-Dance), as part of Glasgow 2018.   Mary has recently directed ‘In for A Penny’ for Otago Theatre at Glasgow’s International Comedy Festival;  ‘Lion Lion’ by Sue Glover for ‘A Play, A Pie and A Pint’ on Glasgow, Edinburgh & Aberdeen;  and  ‘Fissure’ for PASS at Edinburgh College.   She is a founding director of Theatre Jezebel. In November 2016, Mary received an Honorary Doctorate from Dundee University for her work in theatre with children and young people. 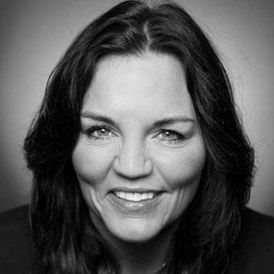 Noreen trained at RSAMD and then undertook a Post Graduate Diploma at GSA.  She worked for various theatre companies in and around London, appeared in various TV, film and commercials before moving back to Scotland.
After a break from acting to raise her family, Noreen has retuned to the acting world in recent years and has since played various roles including playing “Judy Garland” in a one woman show depicting Judy’s life which received 5 star reviews.  She has also recently produced a four part documentary for TG4 and BBC Alba and is a regular contributor on BBC Radio Scotland.  Noreen played the part of Etta in a rehearsed reading last year and is delighted to be returning to explore this further. 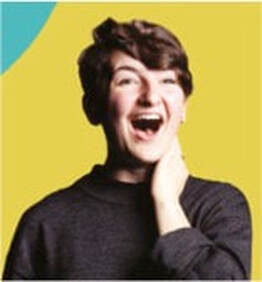 An experienced performer and performance maker, Grace has created work with Scottish Youth Theatre, as part of the National Theatre of Scotland Exchange Festival and Assembly Roxy’s Formation Festival. Grace draws on her classical dance training, creating physical and non-verbal work.
Currently a member of the Trainee Tutor Programme with Scottish Youth Theatre, Grace assists in planning and leading classes and workshops for children and young people on a weekly basis. Building on her skills as a tutor, performance maker and assistant director. 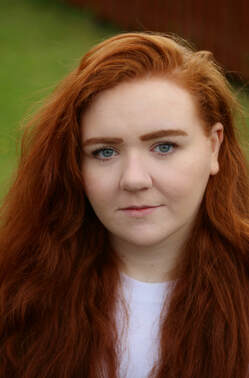 Graduating this week with an MA (hons) in Theatre from the University of Glasgow, Holly is delighted to be making her first graduate stage appearance as Agnes in Etta’s War. Holly has previously trained and performed with the Scottish Youth Theatre National Ensemble, the National Youth Performing Arts Companies of Scotland collaboration, Vivace Theatre School, and BFI Film Academy. When not acting, Holly can often be found singing, writing, ukulele-playing, and dancing!